As you probably know, VoidExpanse was initially created using Unity 4. But now, when the 5th edition of this development platform is stable enough to use we decided dive in and add one of the coolest features it has - physics based rendering.

You can see the difference in the comparison below: 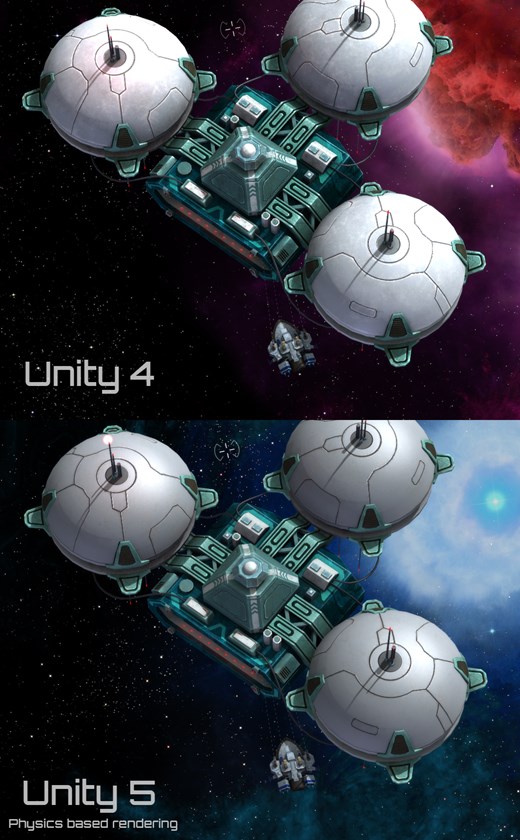 We aren't using all possible texture maps, but even what we have gives pretty significant improvement over the old rendering mode. Surprisingly, it turned out to be fairly easy to switch, but visually the difference it pretty clear if you can compare two pictures. In addition, the materials in the game started to look less "plastic" and reflections on the sharp edges of models now look less "acidic" and more realistic. It was quite handy to have some time available for these experiments to make the game look better right before the Steam release. We are also preparing some updates which include significant improvements to the game's performance and fixing of minor bugs. Stay tuned! :)