Friends, this week we've finally completed our work on a new and very important mechanic of land ownership in CryoFall.

This is hugely important for the future development of the game as it functions as a foundation for all planned additional features, but let's not get ahead of ourselves and start from the beginning! :)

As many of you know land claims or "base ownership" mechanics in other games help players control a certain territory on a map or a particular building to create a stable dwelling there. Usually, land claims also allow construction of advanced buildings and give you an opportunity to protect your loot behind solid walls. Basically, land claims are used for base ownership. 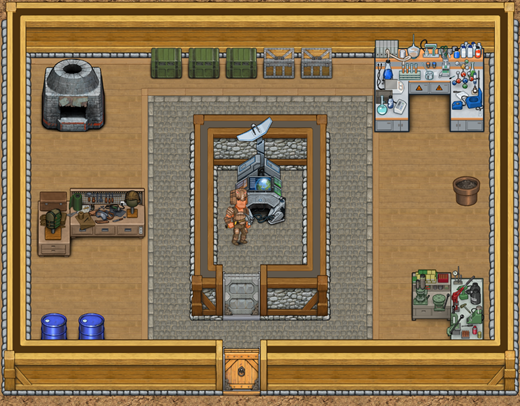 This is the most basic effect that land claims offer in CryoFall. There's much more to it, however.

In the very beginning you will have a rather small land claim which can function as a core of your base, but with its continuous upgrades and base expansion it will allow you to control larger and larger territory around it. It ensures that no other players can build anything in your claimed zone or deconstruct any of your existing buildings. As long as your land claim is there you can be sure that your base is protected from other players.

Of course, if they breach your defenses and walls and actually get to the land claim they can destroy it and with it remove the protected status from the entire base. It is absolutely essential to ensure that your landclaim is well protected.

Now, this all sounds good and all, but what if you are not online and some other players are snooping around your base with not the most friendly intentions in mind? We wanted to avoid situations of complete territory loss just because someone needed to finally get some sleep. That's why there's a "damaged" state for the land claim structure. If someone damaged your land claim significantly enough it won't be completely destroyed at once, instead there will be a time window when you can repair it and restore its full protection (or move you stuff away from such unfriendly neighbors). This protection timeout depends on the upgrade level of the land claim and increases with each level. 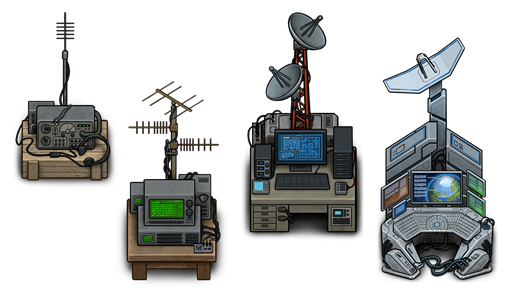 Of course, you can be the sole owner of everything that's built on the claimed territory, but you will also be able to manage permissions and allow your friends to interact with the objects there. There's a list of owners that you can manage for each land claim.

We believe that land claims in CryoFall have an incredible promise - groups of players can create cities and small towns, with walls to protect the land and a lot of good stuff hidden inside from the outside world, so that those, who prefer to take, rather than build, could have some fun as well (and by fun we mean raiding). Cities and isolated dwellings will further trade between the towns, shuttles will need protection and mercenaries to defend the cargo. And all of this will make the world of CryoFall even more immersive!

Anyways, that's it for today, soon you will able to try land claims on your own! Subscribe and stay tuned for the updates in our blog!

Don't forget, you can also follow our development roadmap here.