We are happy to announce that A24—Mechanized Update is released! It is the biggest update to the game thus far! We are happy to see our old and new players joining the game and trying out all of the new features we were able to introduce this time.

You might also be interested to take a look at the trailer we prepared for this update:
With this update we are also introducing our Supporter Pack. The pack doesn't provide any advantage in the game and is purely optional. It includes the game's complete soundtrack (now 7 tracks, total over 22 minutes long), concept art, high-resolution game art, chat badge, etc. More to come! As the game keeps evolving, more artwork and more musical pieces will become available. Thank you from the bottom of our hearts for your support and for helping to shape CryoFall!

We have also added a CryoFall Demo which anyone can download directly from the Steam page. It is the complete version of the game with nothing cut or removed! You can play for 8 hours to see if CryoFall is something you can enjoy, then purchase the full version and continue playing with your existing character.

So, what's new in A24? Please take a deep breath and take a look below! 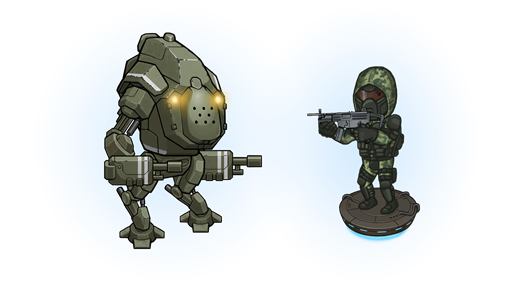 As you’ve probably guessed from the header picture—the biggest change is the introduction of vehicles. We’ve added several different vehicle types including gravi-platforms (hoverboards) which are great for long-distance travel around the map, as well as heavy battle armor (a mech!) which could prove useful in combat—be it defending your base or assaulting someone else’s.

Major improvements in gunplay and ballistics! All ranged weapons were reworked and carefully rebalanced, ensuring that each gun has intuitive strengths and weaknesses. Recoil has a massive effect on accuracy for automatic weapons, resulting in less precise spray patterns when firing long bursts. A crosshair is added to help with aiming—it's getting larger when accuracy drops, and grayed-out if there is no ammo or the weapon is reloading. A short aiming cooldown is added—if you stop firing, your character will quickly re-aim so the crosshair will be restored back to normal and you can make accurate shots again. This way, automatic weapons could be used to make single precise shots at long distances at the cost of a reduced fire rate, or make long bursts when you don't worry about losing accuracy. Furthermore, each weapon has its unique spray pattern for long bursts, which is possible to learn and compensate for when aiming.

Shotguns with buckshot, as well as plasma weapons are now firing multiple projectiles at once, making them much harder to dodge—but also less effective at greater distances. Sniper rifles will always do single precise shots, making them superior for long range combat, but its low firing rate makes it much less effective at closer distances when compared to machine guns and shotguns.

Pistols are quick to draw and their accuracy and low recoil makes them great for medium range, but much less effective in close-quarters combat or against long-range weapons.

Finally, the projectile traces and hit sparks (which also depend on surface materials) were added to better convey the unique properties of each weapon and ammunition!

These improvements are adding a whole new dimension into the game, making gunfights much more tactical, and weapons feel more impactful and visceral! 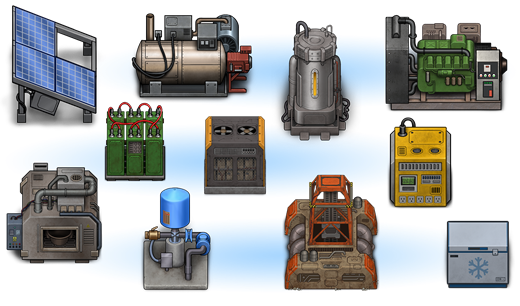 Another big change is the complete rebalancing of the electricity system. Now, building your electricity grid is more interesting as you can build sustainable electricity production for all of your structures that work using electricity. This applies to both PvP and PvE servers. You can also use electricity in the new Vehicle Assembly Bay to construct and repair your vehicles. 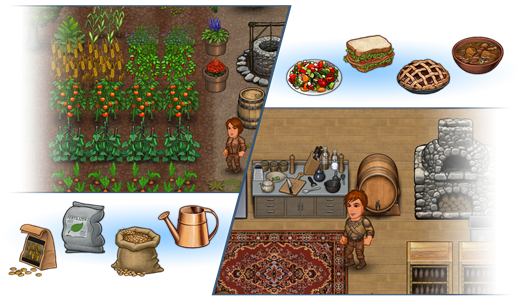 Some other major changes and new features include: new dynamic music system which will change depending on your environment and actions (such as when raiding a base, exploring an abandoned town, or simply visiting a large player base) as well as several new music tracks, proper support for female characters, completely reworked world map with new roads and points of interest, dozens of new items, recipes, technologies, structures and more! 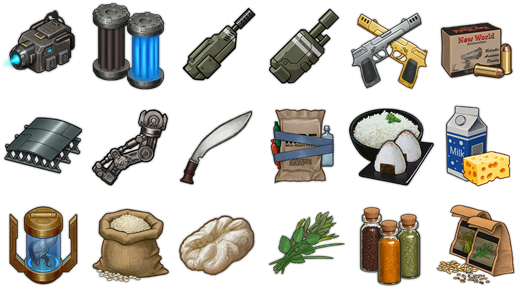 Anyway, if you are interested to see the full list of changes for A24 update—you can find them on our forums, as always.

It is time to jump in and enjoy the game to the fullest! As always, official servers have been wiped for this update and are ready to offer you a new chance to compete in a fresh economy!