Originally A25 update was planned for release at the end of February, but after some consideration, we decided why wait when we can release all of the features and improvements right now and just work on remaining features in the next update!

So, what is new this time? As the name of the update implies—it focuses heavily on balancing the game. Since the release of A24 “Mechanized Update” we have received a lot of valuable feedback from players and based on it we were able to implement over 150 changes to make the game more interesting, progression smoother, significantly reduce grind and offer other improvements. There are still things we want to work on in this regard, but we are happy to see that CryoFall slowly inches closer to the way we envisioned it and we hope you will appreciate the improvements! 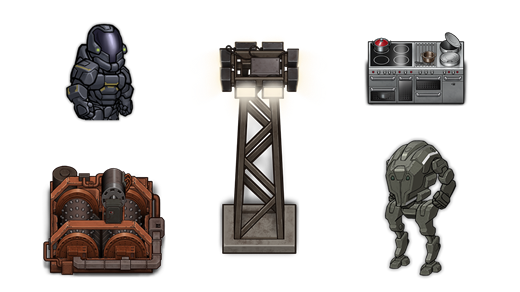 Some of the features this time include:

Please note that the official PvP servers are following a regular 4-weeks wiping cycle which we have announced earlier.

And many more. As always, you can read the full patch notes for A25 update on our forums.

That’s it for the time being. We will continue working on the next version a few more substantial features and additions (especially for PvE servers). Stay tuned and enjoy the A25 update!