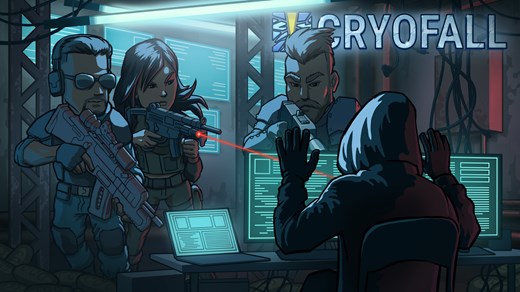 We are happy to announce that the A28 "Justice" Update is now live!

This time it is not our usual huge content release, but rather an equally important technical update. Those of you who play on PvP servers didn't like that certain mods offered certain advantages to its users, so in order to improve the balance for PvP players, we have introduced several changes to the game that remove any possibility to gain an unfair advantage and reignite the fire of competition on PvP servers. But obviously, these are not the only changes in this version. A28 introduces a large number of different QoL and balance improvements.

Some major changes include:

We have also continued working on the game balance to make progressing smoother and more rewarding. Especially when playing solo and without access to help from other players. You will now be able to access more T4 and T5 technologies easier without the need to farm resources.

As always, you can find detailed patch notes on our forums.

Obviously, it is not the extent of the work that was done. Originally we planned to have "Factions Update" released as A28 but had to postpone it for A29 because the game urgently needed fixes that we mentioned above and in patch notes. But thankfully none of that work has been lost and while the aforementioned fixes were implemented we continued working on new content and features and when A29 finally hits it will include double the amount of new content and features, so definitely stay tuned! Massive changes are inbound! Not only the faction system, but completely reworked map (with warp points!), all new raid-boss and new monsters, and a massive amount of new items, buildings, and new features in general!

Don't forget to join our Discord to be aware of all the news and updates. We post a lot of upcoming content art and other interesting things there regularly and you can chat with us directly if you have any feedback: https://discordapp.com/invite/cryofall