This week everything changed completely. Now we don’t have to draw graphics in Paint anymore – a new artist finally joined us here :).

As his first task he prepared a new ship for us. It still needs some more work, but I thought I would show it. 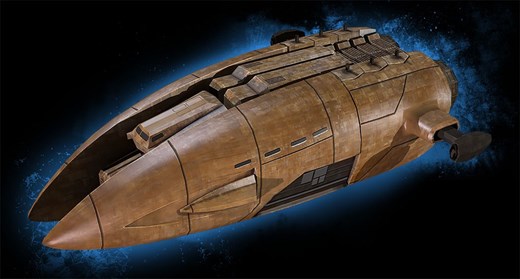 Another big feature we are implementing is the inventory system. So far we are extremely satisfied with underlying mechanics on how it works, but there is still a lot of work to be done before we can call it finished.

And finally we started working on the planets for the game. They will be semi-procedural, with some aspects being randomly generated, and the others prepared by our artist. The generation procedure will be specified in a special file. And yes, it is moddable.

Some other small feature is that we added space dust or solar wind or however you can call it. When you move your ship, you can perceive motion thanks to moving background and small particles in the world.

Quite a lot has been done this week, but we were mostly fighting to make GUI work properly in Unity, but thanks to the might of our programmers it works now (more or less anyway). But at this point the work is mostly "under the hood" and there is not much to show yet.

Aside from that here is a short list of new things so far:

If you have any feedback you can hit us at atomictorch@gmail.com

If you have found your way here, you would probably be interested to hear what VoidExpanse is.

VoidExpanse is our first project – a space themed open world top down action RPG. Quite a mouthful but there is no other way to describe it! :)

The player takes the role of a spaceship pilot, and may explore vast expanses of space, engage in space combat and military missions, trade with NPC and space stations, mine asteroids, undertake various types of quests and generally do whatever he wants as the game is completely open ended. It doesn’t mean, though, that there is no story, on the contrary, we believe that without a great story all this openness wouldn’t be worth anything as there will be nothing driving you to devote yourself to explore the game world.

Now, there are three things distinguishing this game from all the rest, especially in this genre.

First, VoidExpanse is being built on top of our custom scripting interface allowing us and any player to extend the game indefinitely with any new features and content or completely redefine how some systems work within the game. That also enables you to even create a completely new game with this engine. Making mods for this game will be a blast.

Second thing is the fact that we are building this game multiplayer enabled from the day one. In fact even single player is played with the server being silently run behind the scenes on your PC. This great multiplayer ability enables everyone to create their custom servers with any custom mods installed. What we want is to enable anyone to have basically his own small “MMORPG” with a community of followers. But just be clear, it is not a MMO title, it is a single player game but which you can also play in multiplayer. Much like Minecraft.

And lastly, but most importantly the team! We are all avid fans of games and especially of space and Sci-Fi genre! That means we hold it dear to us and will make every effort to make this game into something we would love to play ourselves!

Oh, and since we are using Unity as our engine the game will be available not only on Windows, but also eventually on Linux and OSX. 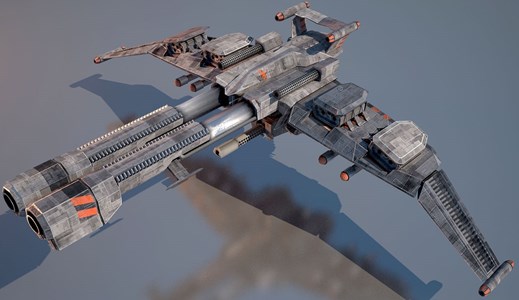 We will talk here about our projects and in particular about our game – VoidExpanse. There will be more information in the upcoming weeks, and I will try to make these new posts more or less regular, although since the game is still in very early stages, there might not be much to talk about yet. But it should change soon as we are working very hard to turn our ideas into reality. So far everything is going great, and even more so, soon more people will join us to work on this project!